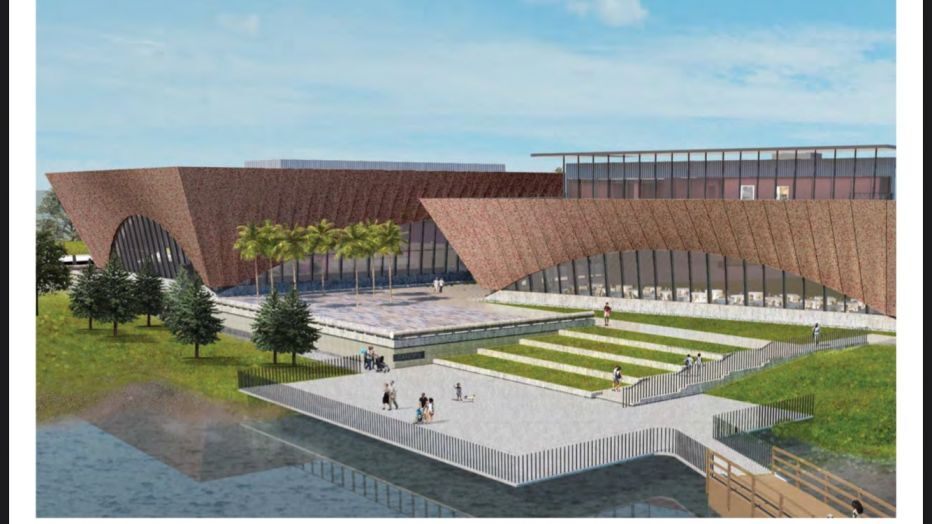 The city of Winter Park is excited about the building of its new 21st century, state-of-the-art library & events center. The final project design and $42 million budget was approved by the City Commission January 2020. Construction began March 2020 and is expected to be completed fall 2021.  Last week, the city celebrated the raising of the final roofbeam at a Topping Out ceremony on Friday, October 30.

The ceremony marked the completion of the skeleton of the new building and was attended digitally by design architect Sir David Adjaye of Adjaye Associates in conjunction with HuntonBrady Architects. It is being constructed by Brasfield & Gorrie General Contractors, all under the oversight of the city’s owner’s representative/project manager Pizutti Companies. The project is funded in part by Orange County Government and the Tourism Industry through the Tourist Development Tax funding.

Adjaye also made headlines last month when a home his firm designed for Brad Pitt’s Make It Right Foundation in New Orleans was deemed unsafe and scheduled to be demolished.

The 50,000 SF library was approved in 2016 with a $42 million budget but was delayed by a since-defeated lawsuit that cost the City of Winter Park roughly $246,000 in legal fees

The new Winter Park Library and Events Center is expected to open in the fall of 2021. Once completed, the new venue will host a grand ballroom for groups of up to 500 people, a rooftop terrace, an outdoor amphitheater, a covered porte cochere, and special event spaces available for rent.

Once complete, the city will have a world-class library & events center to accompany its established and popular world-class parks, arts & cultural facilities, and shopping & dining districts.