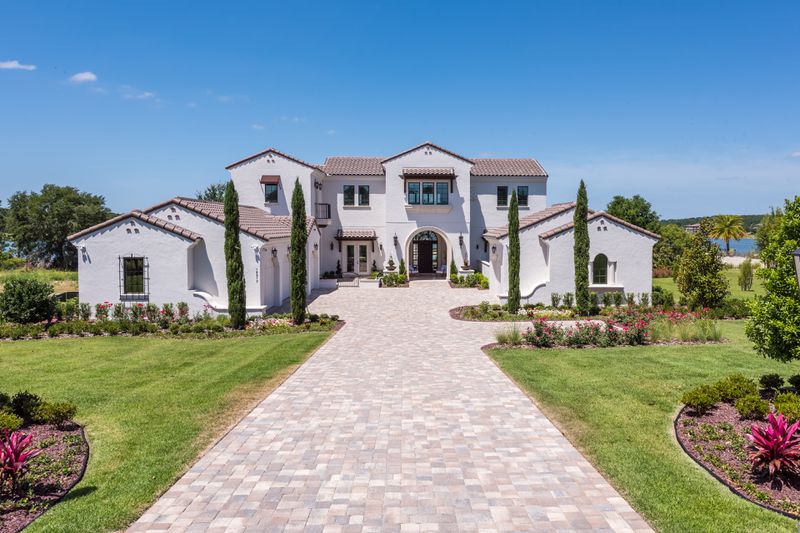 It was a homecoming for Francisco Lindor, who starred at Montverde Academy before being drafted eighth overall in the 2011 MLB draft. He debuted for the Cleveland Indians in 2015 and subsequently helped lead the team to the World Series in his second year.

The four-time All Star has collected a bevy of awards — two Gold Gloves, a Platinum Glove and two Silver Sluggers — and highlighted a blockbuster trade to the Mets in January. Widely regarded as one of the top shortstops in the league, he is set to earn $22.3 million in this, the final season of his contract.

Suddenly Lindor, his fiancée, Katia Reguero and their infant daughter were on the move from Cleveland to Queens. He told the New York media he looked forward to signing a long-term extension with the Mets and raising his daughter in the city. He is scheduled to report to Port St. Lucie for Spring Training on Feb. 22.

On Jan. 29 he and Reguero bought a 6,502-square-foot lakefront Spanish Revival masterpiece in the exclusive country club community about 25 miles west of downtown Orlando for $2.9 million. It sits on a 1-acre lot, and the Lindors paid another $600,000 for the adjacent 1-acre lot next door. Both lots front on Lake Sienna.

Built by Vogel Building Group, the Villa Andalucia estate includes five en-suite bedrooms with six and a half bathrooms and a 4-car garage. Vogel built the house on spec and features it on their homepage.

“Inspired by the architecture of Spain and Latin America, emphasizing their rich stylistic details,” the builder wrote. “As you approach the entry of this estate, you are struck by timeless details, from the stonework, beams, rustic shutters, to the antique pavers. You pass a quaint casita and open air courtyard on the way to the front door which opens to a great room with a soaring fireplace.”

The kitchen features 12-foot, hand-painted ceilings, double islands and Wolf/Subzero appliances and a walk-in pantry. It overlooks the cafe and great room, with floor-to-ceiling windows facing the private courtyard with a fountain adorned by water and fire features, spilling over into a resort-style pool and spa. The large summer kitchen and lounge area enhances the home’s indoor-outdoor lifestyle. It even has its own putting green.

The master suite extends the entire length of the house, with a private garden at the front and porch overlooking the pool. The suite features his and hers closets, a separate exercise room, and a huge master bathroom with an oversized frameless shower, soaker tub and double vanities.

Lindor was born in Caguas, Puerto Rico, and moved to Central Florida with his family at age 12. The young prospect attended the Montverde Academy prep school, which renamed its baseball facility in Lindor’s honor in 2013.