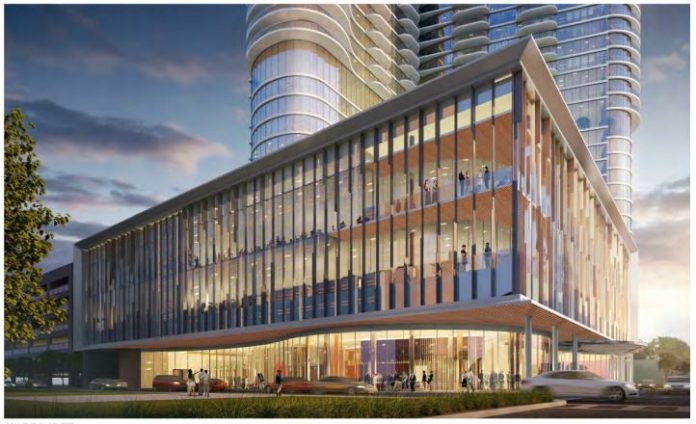 Plans have been submitted to the City of Orlando for a new 33-story mixed-use tower at the 350 E. Pine Street  block in downtown Orlando’s South Eola neighborhood.

The plans call for a building that would house 129 multi-family residential units, 228 hotel rooms, and a 741-space parking garage on roughly 1.51-acres of property framed by East Church Street, Lake Avenue, and Pine Street. The project would include an additional 527,200 SF of commercial and convention center space.

The plans were filed by Summa Development Group which is allegedly interested in bringing the first 5-star hotel to downtown Orlando by the end of 2023.

The still-unnamed project will go before the Municipal Planning Board for review at the upcoming September 14 meeting.