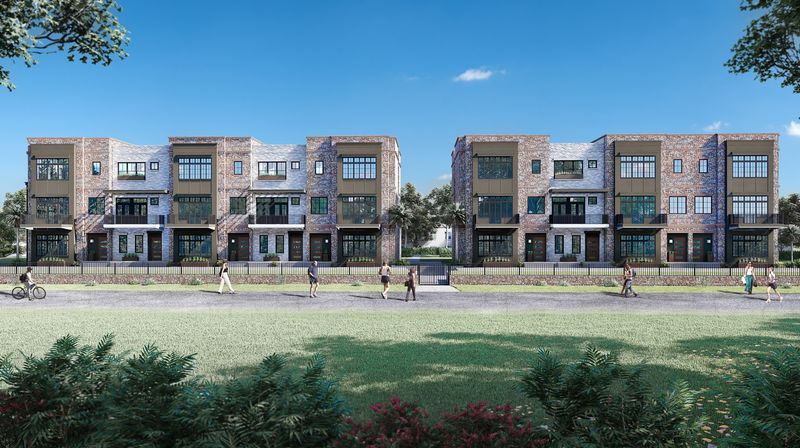 A proposed luxury townhome project called 30 North Park is coming to fruition in Winter Garden.  Earlier this month, development company, Urban Hideaway Residential, a subsidiary of the eco-friendly product company CynerGreen, won city commission approvals to rezone and amend the future land use of the property in order to permit the development of nine luxury townhomes.

The residences are set to rise on a narrow, roughly one-acre site, located at 30 N. Park Ave., adjacent to the city’s historic downtown district.  CynerGreen CEO, Danelle Hoffer, told GrowthSpotter the company is beginning the permitting process.  “We’re lucky in the fact that we don’t need to seek construction financing because we’re privately self-funded,” Hoffer said. She adds she hopes to break ground soon, but can’t say exactly when that may be.

Units range from 2,225 square feet to 3,555 square feet under air. Prices begin at $629,000 for smaller units, while larger four-bedroom townhomes are asking close to $1 million. That’s because they offer a roof-top terrace with an outdoor kitchen and several other upgrades, Hoffer said.  Each townhome also comes with its own golf-cart. Other features include garage space for cars, elevator access and balcony space. The project lies next to Winter Garden’s West Orange trail system.

Hoffer said only three townhomes remain and estimated total revenue is valued at $8 million. Sales are being handled in-house.  Each townhome has its own name that resembles some aspect of Winter Garden’s history, Hoffer said. The Brick House received its name because brick is an important element seen in Winter Garden’s historic district and the Citrus House got its name because of the city’s past citrus growing community.

GTC Engineering Corporation is the civil engineer. Michael Morrissey with Morrissey Design Studio is the architect.  CynerGreen is a family-owned boutique concept development company that specializes in eco-friendly products and designs. Hoffer said the company has worked on a variety of projects in the area since 2006.

It’s Urban Hideaway Resort and Spa Oceanfront brand also proposed a 90-room development in Daytona Beach Shores, but that project is currently on hold, due to the coronavirus outbreak.

The 30 North Park project is located on the northwest corner of W. Plant Street and S. Park Avenue. The area is one of several main gateways into the district from the west.

The Winter Garden downtown district features a range of uses, including commercial, residential, institutional and mixed-use – all of which are located within close proximity to each other.  Last year, hotel developer JA Hospitality scored final approvals to develop a new boutique hotel in the area — the region’s first in nearly a century.

Nearby, the city’s old citrus packing plant is being repurposed to feature about 52,000 square feet of commercial space that will showcase food vendors. artisan retailers, a museum and art exhibits.